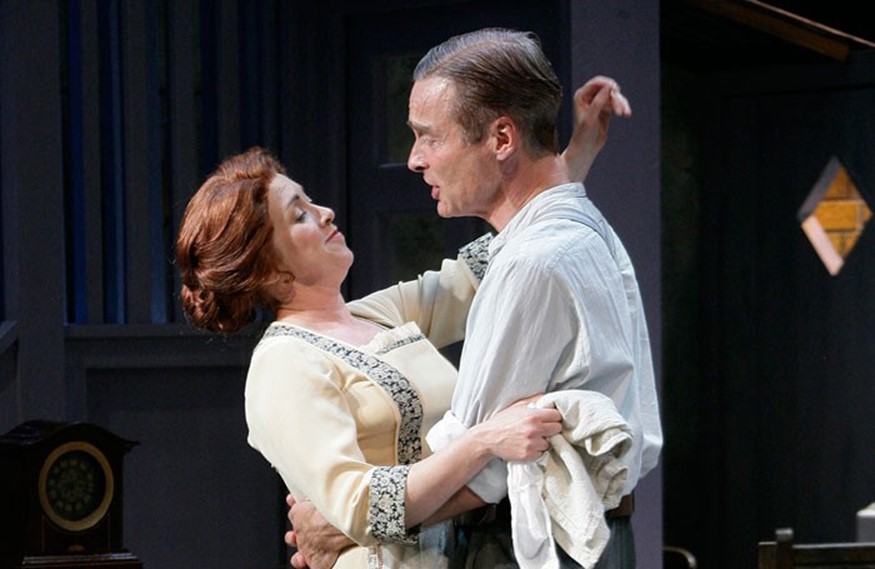 A play by Noel Coward at the Yvonne Arnaud Theatre, Guildford. October 2016

Thoroughly enjoyable. A story of the suburban classes, and perhaps this is where its greatest charm lies. Of course, the Gibbons may be a suburban family living in a standard semi, that strata of society which so many of us inhabit. The squeezed middle as it is sometimes called. But the house was large enough to house 3 teenagers, one grandmother and one aunt as well as Ethel and Frank. Five bedrooms? Plus, there was a maid. Quite a large establishment – not the standard 1930's three bedroom home. How things have changed.

The play is set against the backdrop of British history, or rather, British history is projected onto the lives of this family. A twenty year slice of history neatly placed between the two wars of the twentieth century. We begin the play a few months after the end of WWI with the backdrop of hammering as Frank is putting up curtain rails as the family move in. And the play ended, just before that start of WWII, and again to the sounds of hammering as Frank is now taking down the curtains as he and Ethel are moving out. Coward finished the play in 1939, at a time when it was assumed that we would go to war against Germany, but no-one knew when. There was a gasp from the audience when Queenie prepares to go to Singapore in 1939 to join Billie Mitchell, the boy next door. We the audience know more, we know what is going to come hurtling around the corner