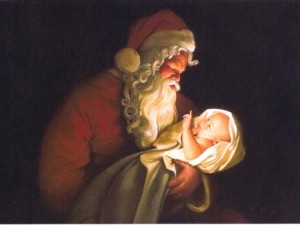 The first meeting is at work and one topic under discussion is the team Christmas card. The earnest young men I work with were very concerned that the word Christmas should not be used as it might cause offence. What about Season's Greetings? A compromise will be reached, my suggestion is that the team Christmas card, which will be sent to our colleagues in Europe should say Merry Christmas and a Happy New Year in several languages. Christmas will appear on our Christmas card. And it will not cause offence. But the forces of religious fundamentalism combined with iconoclasm are at work, chipping away at our heritage.

The second meeting was later in the evening and was our local interchurch Ecumenical group. And the demand was that "Christ" should be put back into Christmas. Perhaps, I thought, we should also put the Mass bask into Christmas, but I said nothing, Ecumenism sometimes means keeping quiet about out Papist heritage.

The problem is that Christmas is a festival period that exists in several different planes. The secular festival of Christmas has Father Christmas (or Santa Claus) as its central figure. It is a non-religious festival, with parties and gift giving, feasting and carousing at its heart, culminating with New Year celebrations. All great fun and brings our society together. This is the great mid-winter festival of Northern Europe, centred on the winter solstice. If we eat enough, drink enough and burn enough fires, the sun will return. The second festival is the Christian religious festival, celebrating the birth of Christ, Son of God. A quieter occasion, with midnight Mass at its heart. The rhythm is given by the liturgical year. The Christ Mass is an act of worship. And the third festival is about our humanity, in the dark of winter, when light is failing, there is a flicker of hope. We can be noble, we can be generous, we can be good, we can long for peace. The new born 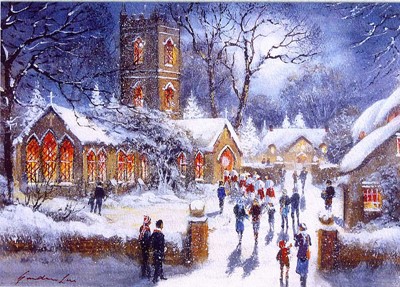 child comes to represent a new start for humanity and the hope for a better world. This the festival of the domestic Christmas tree, hearth and home.

There is a movement, an aggressive form of Evangelisation, which is strident about "putting Christ back into Christmas", a movement that is going head to head with the Iconoclasts who wish to remove the word Christmas (and replace it with what – winter festival perhaps?). Both are wrong. The former alienates more people than it appeals to, and the latter is cultural fascism. Christians need to accept the non-religious claims to the festival are as valid as their claims.

And the Mass? There is nothing quite so evocative as the midnight Mass. This is a great collective act, that takes place throughout the whole of Christendom. An act of worship, an act of celebration. Candles and communal singing. The Easter Triduum (Good Friday and Easter) is the festival where we celebrate the mysteries of our faith, the death and resurrection of Jesus. But Christmas is the festival of our humanity which God shares with us, and the festival of hope in a new life. 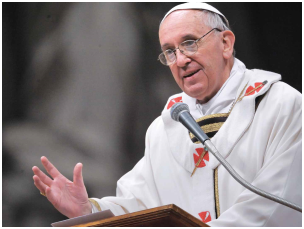 As the Synod of the Family is underway in Rome (October 2014), perhaps the words of Cardinal Martini should be remembered by all the Bishops in an interview just before his death:

“Our culture has aged, our churches are big and empty and the church bureaucracy rises up. The Church must admit its mistakes and begin a radical change, starting from the Pope and the bishops. The paedophilia scandals oblige us to take a journey of transformation” (‘ADDIO A MARTINI, “Chiesa indietro di 200 anni”, L’ultima intervista: “Perché non si scuote, perché abbiamo paura?” Corriere della Sera, 1 Settembre 2012) 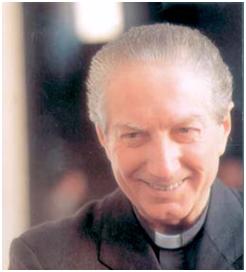 Like Pope Francis, Cardinal Martini was a man who was in touch with ordinary people.

Carlo Mario Martini was born in Turin in 1927, he joined the Jesuits at the age of 17 and was ordained 8 years later. Carlo Martini was primarily an academic, a world renowned biblical scholar and later Rector of the Pontifical Gregorian University. In 1979, Pope John Paul II appointed Martini as Archbishop of Milan, one of the largest diocese in the world, a post which he held until he retired in 2002. Martini became a cardinal in 1983. For several years after his retirement, Martini battled with Parkinson’s disease, the same illness that incapacitated PopeJohn Paul.

Cardinal Martini was regarded by some as a liberal (and therefore, it is sad to say, suspect). However, I found that he spoke with a great deal of common sense. For instance, on the debate on where does a human life begin. The absolutist position of official Church teaching is that human life begins at the point of fertilisation. Martini begged to differ, that a distinct human life comes later. As you can see, Martini was verging on the point of heresy against today’s orthodox Catholic teaching.

The reason why the death of Cardinal Martini hit the headlines is because of his last interview recorded just weeks before his death and published the day after in the Italian daily Corriere della Sera, saying “Our culture has aged, our churches are big and empty and the church bureaucracy rises up, our rituals and our cassocks are pompous..”

Martini was a good man, and deserves our prayers. May he rest in peace. 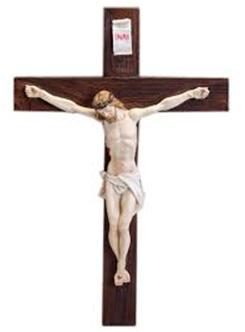 Today it was announced that Bishop Kieran Conry was resigning as our Bishop, because, as he put it, he had been unfaithful to his calling as a priest.

As his letter was read out, the church was silent. There had been no warning, jut this, a resignation. For most people, Bishop Kieran was a good bishop, approachable, a man of faith, human… And it is that humanness was seems to have led to his downfall. Another priest has been sacrificed on the altar of perfection. And the swivel-eyed loons of an austere, ungiving Catholicism are dancing in ecstasy on the grave of Bishop Kieran’s reputation. Who is next in their sights, Cardinal Vincent Nicholls? Perhaps Pope Francis? Would even the Lord himself have passed muster, with his dangerous, liberal ideas that floored the Pharisees with their emphasis on “right” teaching and living? Would St Peter, that flawed individual, or St Paul, riddled with angst, be good enough? Today’s gospel challenges all of us who think we know what makes a good Christian. The true followers of Jesus are those who know they need to be forgiven, the tax collectors and prostitutes.

This should be a wake-up call to the whole Catholic Church, to stop denying the humanity of our priests, to stop crucifying our priests by expecting them to be “in persona Christi” all day and every day. Sadly, for Bishop Kieran, there may have been no other course of action, he had to resign. We know not the details behind his resignation. But many of us wish he did not have to go. Cannot a flawed human being, truly contrite, make a good bishop?

This was originally published August 2012

What are the dividing lines between Catholic Christians and secularists? Eco (author of Name of the Rose) and Cardinal Martini (in the Catholic corner) discuss four issues: abortion, why women cannot be ordained, hope and the future of mankind and the basis of ethics. Perhaps not the burning issues that many today would think need to be answered, but this book was written in the context of the impending millennium where some predicted this would bring in the end of civilisation as we know it. Today the burning issues would be child abuse, homosexuality, Darwinism or even the environment. Perhaps another age (not too long ago) would have included the just war or nuclear weapons.

The discussion is in the form of correspondence and the reader is left with the impression of two men with deeply held beliefs who are compassionate, sincere and humane. Both represent the good qualities of good men. What divides them, apart from faith in God? This question is of supreme importance, for not only does it address issues of common ground in the public arena but also a much more interesting question – what drives altruism? Why would one human being lay down his/her life for another?

The problem that Eco faces is that he was a Catholic, he grew up in a Catholic community, that he is inheritor of the great panoply of Christian thought and ethics just like most of us from the western European world (including North America and other corners of the English speaking world). We share a common set of values that includes the concept of human dignity. And what are the ultimate values, the values that one would lay down one’s life? There are surely two questions that need to be answered, what constitutes the values of the philosopher’s good life – and the second, why should I sacrifice my life for these values? Eco cannot distance himself sufficiently from his Catholic heritage to answer these questions.

For our society, as inheritors of Western European culture, the ultimate values are arrived at as a dialogue between the Christian tradition and the humanist/secularist challenge. Both challenge and refine each other. This book is one part of that dialogue.