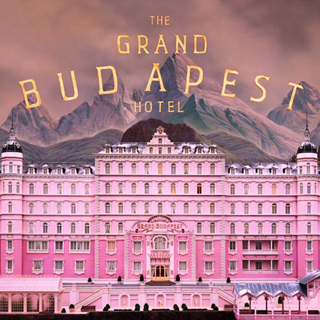 This film is an absolute joy to watch. We saw it when it was first screened and I chose it as my Christmas DVD for watching over the Christmas period. What I enjoyed was its sheer theatricality. So often films concentrate on the long lingering shots so you can read the minds of the characters, or else, there is gut-wrenching reality. But here there was theatre. There was pathos, humanity in all its forms, from the noble to the greedy. Heroes and psychopaths. And a window onto a world that was about to disappear forever, the grand central Europe, where the fabulous Austro-Hungarian empire was about to be annihilated by Hitler, the final boot being put in by Stalin.

The central character is the hotel's concierge, Monsieur Gustave, played by Ralph Fiennes and the story is told through the eyes of his young protégé, Zero, played by Tony Revolori.

If you have not yet seen the film, do put it on your must-see list. You will not be disappointed.