I was listening to the Shadow of the Wind on my way to work this morning – the story had got to the point where Fermin and Daniel smuggle themselves into the Hospice of Santa Lucia run by an order of nuns. The aim was to talk to Jacinta, Penelope’s former nurse and guardian. The place is a hell hole – as Daniel describes “We entered a wide vault.. The darkness obscured what at first seemed like a collection of wax figures, sitting or abandoned in corners, with dead, glassy eyes that shone like tin coins in the candlelight.. Then I realized that they were moving slowly, even stealthily. It was impossible to tell their age or gender. The rags covering them were the colour of ash”. This was the last home of the old and destitute in Barcelona in the 1950′s. As Daniel says, proof of the moral bankruptcy of the universe. Daniel engages with an old man who seems a little saner and more coherent than the others, comments bitterly “My family were the ones who stuck me in this hole…” Homes for the elderly are something that touches a raw nerve for me.

In Twenties Girl, Lara pieces together the last years in the life of her Great Aunt Sadie spent in a care home. Thankfully much better than the home in Barcelona. There is a wonderful 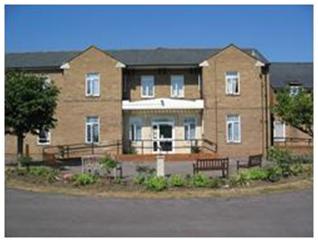 scene where Lara takes some CDs of dance music from the twenties and thirties for the residents of her late aunt’s home. The music is played to these old people, many scarcely able to move, collapsing into their aged bodies. And out of this Lara sees beyond all this, the grubby reality, for she sees the spirits of these elderly people leave the Zimmer frames and decrepit bodies behind as they dance. For a while, these people were once again young and alive. Sadie was dumped in this home when she had a stroke and was unable to look after herself, forgotten by her family. Even so, the conditions of the home are light-years away from the experience of Daniel and Fermin.

A few months ago, we had to place my aged mother in a home as we were unable to look after her. This was an incredibly difficult decision. The home we chose is, like the hospice in Barcelona, run by Spanish nuns. There are not many nuns running the home, at times you feel that there are more nuns as residents than as staff. The principle is that the residents of the home are looked after as the sisters would like their parents to be looked after. There are so many horror stories about the care of the elderly, the Hospice of Saint Lucia is never far away even in this day and age. Mum’s home, St Augustine’s, displays not the moral bankruptcy of the universe, but the goodness that is obtainable even in this life. http://www.sistershospitallers.org/staugustine.php