Last week the script writers and producers were at work at the White House. The star of the show was to be a former reality TV show presenter and star. The intended audience, from whom approval was sought was the American populace. And the stage? Ah, this is where the audacity of the producers knew no bounds. The stage was to be the world. There was to be self choreography, all liberals and left of centre political supporters would take to the streets to join in a communal act of protest with a global dimension. And the American President would present himself to the people as the one who can stand firm against the un-American Liberal elites of the world. And it worked.

The stage was set, in utmost secrecy, so when the new President, Donald Trump was photographed signing the executive order “PROTECTING THE NATION FROM FOREIGN TERRORIST ENTRY INTO THE UNITED STATES” this was a surprise to everyone except the President’s inner circle. With that, the drama unfolded. Slowly at first and then it gathered momentum. Protests spontaneously arose across the globe. Great TV. Especially at home in the USA. The Donald for his home audience was tough and fearless, a man of his word. A man who stands up to liberal thinking across the globe and puts America’s interests first. And now he can begin to “drain the swamp” with his public approval. Like Putin, Trump does not have to deliver on the economy, but instead both can rely on populism – doing what the people want. 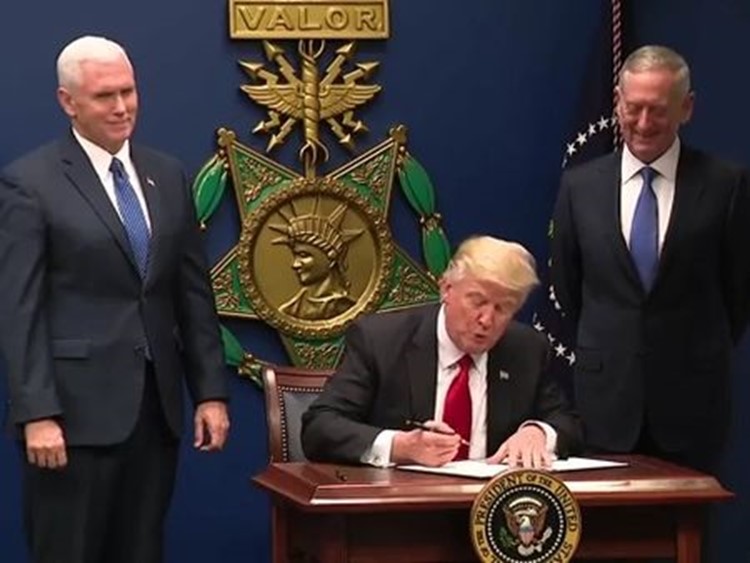 So, should we take all this lying down and give up the protests? Should we just accept that Trump will meet the Queen? The answer to these questions is YES. This is not capitulation, but a call to a different kind of resistance. Donald trump feeds on publicity. Deny him the publicity. To be quite honest, the internal affairs of the United States are nothing to do with us. What is of concern is how our citizens are treated, and in the age of trade, whether the US does anything to affect our trade. Remember, the tyrants of the world, Robert Mugabe, Sadam Hussein, Vladamir Putin, Gadaffi, Adolf Hitler… All these have exploited a popular mandate. Plato wrote that Democracy eventually degrades into tyranny. For Plato, this was inevitable. But it does not have to be this way. Smarter opposition is required. We need to resell the values of liberalism to an audience who are tired of “Political Correctness”. Trump’s core constituency, like the core constituency of the Brexit vote, are those who find themselves ever more excluded and unvalued and who see their national identity eroded. To oppose Donald Trump and to prevent his administration descending into tyranny, his core constituency needs to be addressed and listened to. These people need a hand up not a hand out. Protests and petitions may make us feel good but do nothing to address the core concerns of Trump’s supporters.