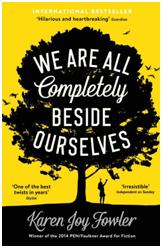 OK, so I was supposed to be listening to "The Narrow Road to the Deep North" on my daily commute. A worthy book, but definitely one for the chaps I think. I feel sort of guilty abandoning it in favour of this book. But it was such a relief to listen to a light-hearted narrator. Although I know, from reading other reviews, "we are all completely beside ourselves" is not really a light hearted romp, but is in fact a lot more serious. And I do wish I hadn't read all those reviews for I now have some expectations. But still. So far, this is a really good book to listen to while driving. This promises to be a "cracking good read".

We Are All Completely Beside Ourselves 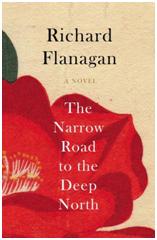