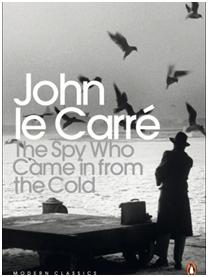 What do you think spies are: priests, saints and martyrs? They’re a squalid procession of vain fools, traitors too, yes; pansies, sadists and drunkards, people who play cowboys and Indians to brighten their rotten lives. Do you think they sit like monks in London, balancing the rights and wrongs? (Alec Leamas in The Spy who came in from the cold)

Spying is a nasty sordid business in a world where there are no good guys – only our side and the enemy. The rules are that the ends justify the means. The individual is expendable for the sake of what is perceived to be the greater good. If you think that spying is glamorous, exciting and even noble, then prepare to be disabused by this book. This is not a romantic fiction, but a grim reality check. When the liberal throws up his or her hands in horror when the news breaks that our Secret Services have been involved in interrogating witnesses under duress or involved in “extraordinary rendition” then this book says get real, the world and the relationships between states is not genteel and good-mannered. John le Carré tackles these issues in the closing chapter of the book. Up to this point the book has been a slow burning firework and now it explodes with raw emotion. This is the point, the climax to which the book has been building and now there can only be one ending as the firework burns itself out and crashes to the ground.

The mastery of this book is the quiet measured prose describing the interaction of the characters. They are all drawn with humanity and the evil of Mundt is thrown into sharp relief against the decency of Leamas, of the East German Fiedler, even George Smiley. But none can escape the strictures imposed by the world of espionage and the demands of the political masters. In many respects the old British state, unfettered by any ideology is more than a match for the enemies behind the iron curtain. Who are the good guys – there are none.